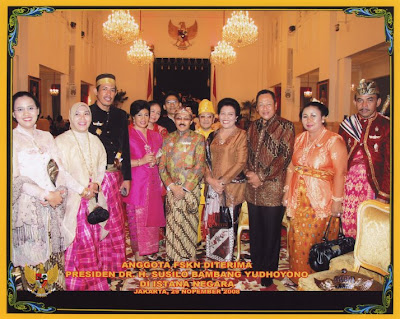 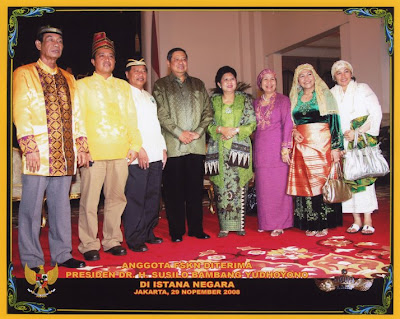 President Yudhoyono received The Entrant of FSKN.
Royal of Dompo. 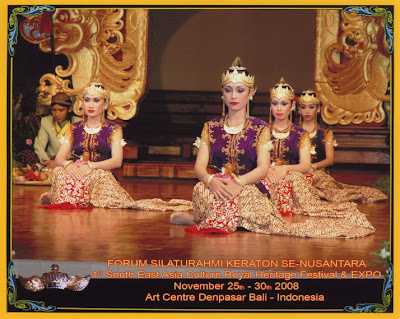 Traditional Dance of the Imperial Court of Surakarta. 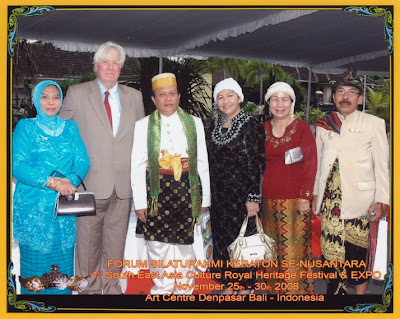 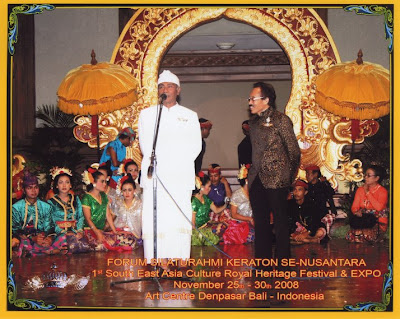 Speech of Ida Tjokorda Ngurah Jambe Pemecutan of Badung-Denpasar (president of FSKN) at the opening of the main activities of the 1st South-East Asia Culture Royal Festival and Expo (Festival dan Expo Budaya Keraton Asia Tenggara) in Denpasar/Bali. The Festival was the opened by the minister of Culture and Tourism of Indonesia; as representative of the Indonesian president Susilo Bambang Yudhoyono,who had suddenly very urgent meetings elsewhere. On the right is Pan geran Gunarso Kusumodingrat. 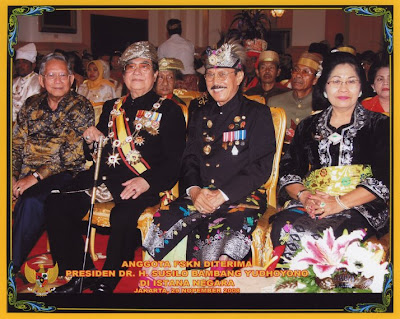 Left:Mister Azwar Anas: Member of the imperial family of Minangkabauw area (W-Sumatra).
Right : Anak Agung Gde Agung; the Raja of Jembrana (Bali) and chief of the council of the rajas and dynastychiefs if Bali (with his wife).
Behind the 2 royals is sitting the Sultan of Sintang (in green clothes). 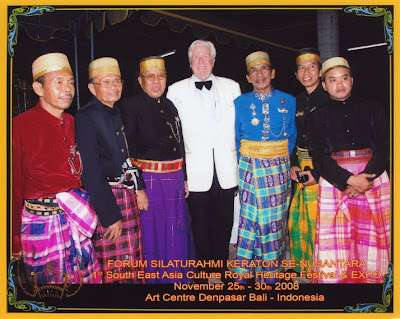 Royal dinner in the palace of the Tjokorda of Badung-Denpasar.
In blue: Calon-Raja Haji Andi Rauf Maro Karaeng Rewa of Tallo; the brother principality of Gowa (SW-Sulawesi).

its really good to see those pics...
thyanks for shearings...
keep post like this...
Buy Generic Viagra