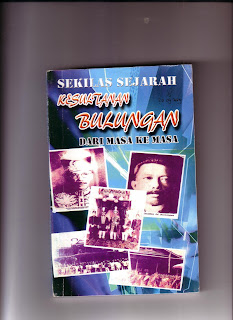 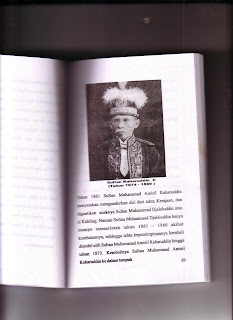 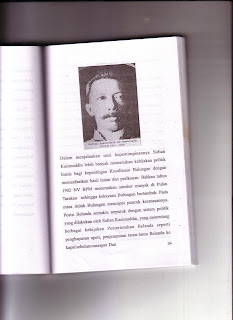 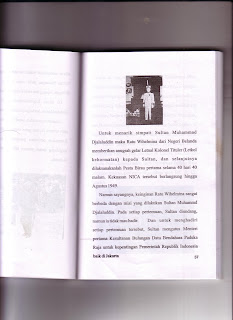 Since the local autonomy laws of 1999 more qand more dynasties are writing their own history to preserve the local history also as a part of the total history in this hugue country.

So in 2006 the Sultan's dynasty of Bulungan in N.E.-Kalimantan let publish a little book of 80 pages about the history of this kingdom. It is called "Sekilas sejarah Kesultanan Bulungan dari masa ke masa and written by H. Syed Ali Amin Bilfaqih, S.Ip;a local politician, who is intermarried in the sultan's dynasty (married with the daughter of the last officiqal crownprince from government kingdom time) and also descendant of an Arab man from Hadramaut/S.-Yemen,who brought islam to Bulungan ca. 260 years ago.

The book give a basic insight in to the history of the sultanate of Bulungan and also shows a bit of the importance of preserving that history and local culture(including the royal culture);f.i. via their own Bulungan semi-royal festival called Birau-festival (mostly in october-bi-annual?).

It contains some historical black and white pictures and some nice colour pictures,which show in its's function, this historybook is quite unique and we hope, that later a more large and richly illustrated book will be issued. The writer is one of the main representatives of the royal family of Bulungan.

This royal family;before quite rich;is known for their very dedicated way of preserving all kind a local culture and history;some deeds for which they need to be given compliments.

Since ca. 20 years the dynastymembers and their network try to find all over the world sources and old pictures, which give a showing of all the aspects of Bulungan live.

The book is published by publication company (penerbit) CV.Eka Jaya