Maddusila Named is the king of Gowa 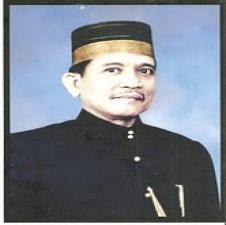 The event took place smoothly and kept some of the police. The procession performed to the accompaniment of drums and closed agngaru and silat performances. Maddusila mentioned crowned as king of the 37th and King to-33 in the structure.
Maddusila Karaeng Katangka crowned Sultan Alauddin II. Coronation performed by the signing of the coronation and inauguration declaration letter signed by representatives of the sultan and representatives claiming to represent Bate Salapang in Gowa.
According Madusilla, his inauguration would be conducted in May but has not been able to determine the place and time. He claimed to need good preparation to bring all the kings before the archipelago to the regions of Europe.
The event helped the Sultan of Surakarta Kanjeng dihadir Haryo Gunarso Kusumondiningrat Prince, who also serves as the Secretariat General of the Forum silaturrahmi Keraton se-Nusantara (FSKN).
Participated representatives from Empire Galesong Karaeng Tompo, representative of King Kajang Tana Toa Karaeng Antonio, and the descendants of King Tallo Andi Jemma Angku Petta.
"It is OK some say this is illegal but the king can not be recognized government, but the kings of a country," said KPH Gunarso.
Madusilla asked the family would come together to build Gowa. "We're going to make a barometer as a unifying kingdom of Gowa in South Sulawesi under the auspices of the Republic of Indonesia," he said.
Crown Prince
Meanwhile, Crown Prince Kingdom of Gowa, Andi Kumala A Idjo, called the coronation and inauguration plan her sister, Andi Maddusila A Idjo, as kings of Gowa are illegal.
According to him, the inauguration of the king must pass through mechanism for prerogratif rights lies with the Board Hadat Bate Salapang that since the founding of the kingdom of Gowa in 1300 led Tumanurunga King of Gowa I, until now the rules that apply.
"If there are other institutions that inaugurated King of Gowa, it is very erroneous because it is not through the procedures and mechanisms. It's illegal and illegitimate,''firmly Andi Kumala, Monday (17 / 1).
Andi Kumala explained, the authority of the Board Hadat Bate Salapang Permendagri reinforced with No. 39 of 2007 on the Institutional Board Hadat Salapang Bate ri Gowa. Even the authority was based on notarial deed and approved by the district court.
The last son of King Gowa Gowa Regional Head first, Andi Idjo Karaeng Lalolang, it revealed, the appointment of the first king of the King of Gowa begin until the 36th all through mechanisms and procedures and officially inaugurated in Stone Pallantikang within the tomb complex of the kings of Gowa.
While he was named as crown prince on July 5, 2007 at the Fort Fort Rotterdam, Makassar. At that time, the Board Hadat Bate Salapang hold a special plenary session establishment Andi Andi Kumala Idjo as Patimataranna Gowa Gowa or the crown prince until now. (Cr9/ute)

Tomb of Sultan Hasanuddin Watched
WHILE it, Andi inauguration plans in the region Idjo Maddusila A tomb of Sultan Hasanuddin, Jl Pallantikang, Gowa, immediately got a number of elements of community resistance. Hundreds of residents on guard at the complex in which there Pallantikang Stone, where the Kings Gowa inaugurated.
Even at the front of the tomb fitted with banners reading "We Need Not Community Gowa King Again."
"If his inauguration here means bloodshed will occur," said one of them.
Previously, Indigenous Stakeholder Salokoa ri Gowa, A Makmun Odor Online Karaengta Bontolangkasa, harshly criticized the inauguration of which he considers it very wrong.
According to him, system of royal government in Raja Gowa Gowa has ended with the last Andi Idjo.
Based on the decree (SK) The Minister of Home Affairs Number UP7/2/24 dated February 6, 1957, Andi Idjo no longer holds the title as the 36th King of Gowa was appointed regional head for the first Gowa (now the Regent Gowa).
"Because there is no empire anymore, then was appointed indigenous stakeholders," said Bau Online.
Similar stated Chairman of the Board Hadat Salapang Bate ri Gowa Abd Razak Daeng Tate Jarung Gallarrang Tombolo Lolo. (Cr9/ute)

All Article and Picture are from Tribun Makassar (http://makassar.tribunnews.com/read/artikel/146336/maddusila-dinobatkan-jadi-raja-gowa)
Diposting oleh langkat di 09.24

Nice article,thanks for the information.

Thank you for your interest.

Wait for the real King of Gowa to come, the new Rooster of the East...

Wait for the real King of Gowa to come, the new Rooster of the East...