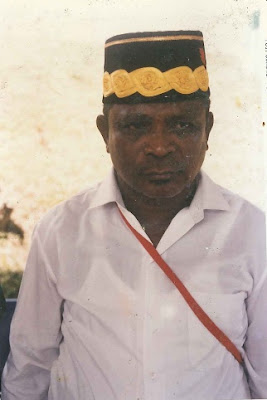 One of the most important principalities of the Onin, or Fak Fak area. In the 1880-ies ca. Fatagar had for a time no raja. The eligible person went to live in Ceram, where they had familycontacts. Then the forefather of this raja was borught back and installed as raja. All the then ruling rajas of Fatagar were known as quite good rajas.
He is high politician in district Fak Fak.
Most of the principalities here are ruled by dynasties descended from Rumbati dynasty,o r made as local semi-principality (later independent) by Rumbati. Fatagar is one of the roots principalities and it's dynasty descended from Rumbati dynasty.

On 26-12-2009 this important Papua politician in the parliament of the Kabupaten Fak Fak and important raja died.
Probably the Raja Muda Jufri Uswanas will be the new raja of Fatagar.