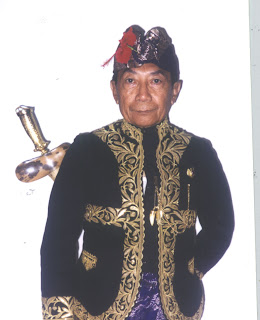 In the east of Bali lies the area of Karangasem. Before it was a very powerfull area.In the 18th century it was the rajapower also in Buleleng in the north and in the 17th century it began to become the paramount power in the nearby muslim island of Lombok. The present branch of the Karangasem dynasty actually ruled this empire, of which it was called the emperor, but in the 19th century the branch of the dynastysm, which ruled on Lombok began to rule as paramount rajas.The rule in Lombok ended at the end of the 19th century and the rule in Buleleng ca. 1850. The rajas of this dynasty always were known as good rulers, prorgassive rulers with a realistic mind:being an example for others.The present raja of Karangasem is a son of the last ruling raja. He was installed 9-4-2009 as the chief of the rajadynasty with the name Ida Anak Agung Gde Agung Putra Agung. He is a very well-known history professor on Bali.