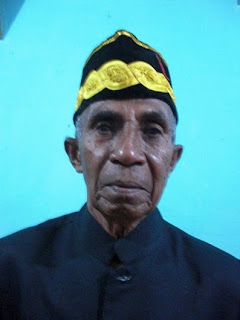 One of the former vasal-principalities of Rumbati was Patipi. Already long it had it's own rulers.It was known for the wish of their rulers to bring the islam to the surrounding peoples. The present raja dynasty is the 2nd dynasty, which ever ruled Patipi.The 1st raja dynasty still was in the government atmosphere in the 20th century and even delivered 2 rajas in that time, when the 2nd dynasty already was ruling.The present raja is only regent-raja of Paitpi:Regent-Raja Ahmad Iba and is considered as the 16th ruler of Paitpi. When his brother Raja Usman Iba died, he became regent, because the crownorince (son of the deceased raja) was then still studying:Raja Muda Atarai Iba. It is not known, when the crownprince will be installed as the new raja. The regent is a retired official of the department of fishery of the kabupaten Fak Fak.