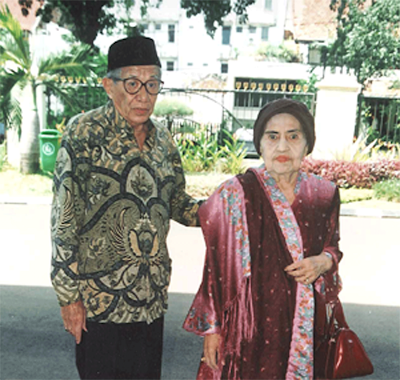 Dompo is the most fertile sultanate of the island of Sumbawa, but also the really left principality, which was most effected by the ereuption of Tambora volcano in 1815: one of the most tragic happenings in Indonesia history.
His to traditional grandfather Sultan Mohammad Sirajuddin was deposed by Holland in 1934 and the sultanate abolished in WW II. But as an example of some other abolished sultanates it was restored again in 1947.
The bigger dynasties on the island are all related.
He is married with a noblewoman from Banten.
Like most of the royalty in Indonesia he has a quite high education.
He keeps quite low profile, but his people knows him.
Donald Tick,
Pusat Dokumentasi Kerajaan-kerajaan Indonesia "Pusaka"
Edit by festivi
Diposting oleh langkat di 10.20