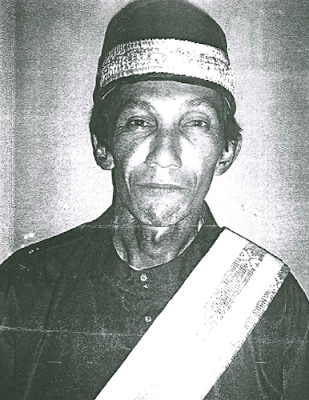 Selimbau is one of the Upper Kapuas stateletts and considered as one of the most important in the area. These are inland principalities in W-kalimantan. Other of such principalities (compared as Andorra with Spain) are Jongkong, Bunut, Piasa, Silat and Suhaid.
He is the grandson of the last ruling Panembahan.Until 1923 they were abolished as independent principalities, because considerd by the Dutch as to little.
Nowadays the peoples and the dynasties are trying to refind the local identity, with which they have some difficulty.
The local culture however is strong and with the help of this extremely well-educated monarch of Selimbau they soon will find it again.