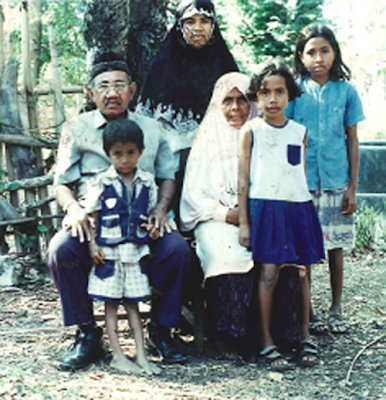 Lohayong are descended from the rajas of the Solor island(east of Flores), who before ruled the total Solor area (especially Adonara, Solor and some other areas).
Solor was very important (because of it's strategic position) as entrepot of the spices from the Moluccans on it's way to Java (and the via Singapore to Europe).
Later this position diminished a bit, because of improvement of means of transport, but it's strategic position in itself remained.
The rajas of Lohayong also were traders.
Raja Achmad Kalake is an example of a monarch, who is proud about his dynastie's history. He is a quite fanatic collector of everything,what has to do with the history of Lohayong and areas surrounding it.
The monarchy rule on Solor is on the right part of the island. This is an island without cars,but full of history. One of the most impressive islands of Indonesia I ever was.